Move, avoid and fire! EvadR is 2D local multiplayer arcade game. Players move around a fixed circle while projectiles are being shot at them from the centre of the screen. Use power-ups such as a shield to allow yourself to receive a hit once, but be on the edge of your seat; because the opponent can also invert your controls!

EvadR was the first university project in which we had to create a 2D arcade game. We were given one week of time for development with a team of two designers/artists and one programmers. During this short project my task was to balance out the upgrades, some 2D art and sound. 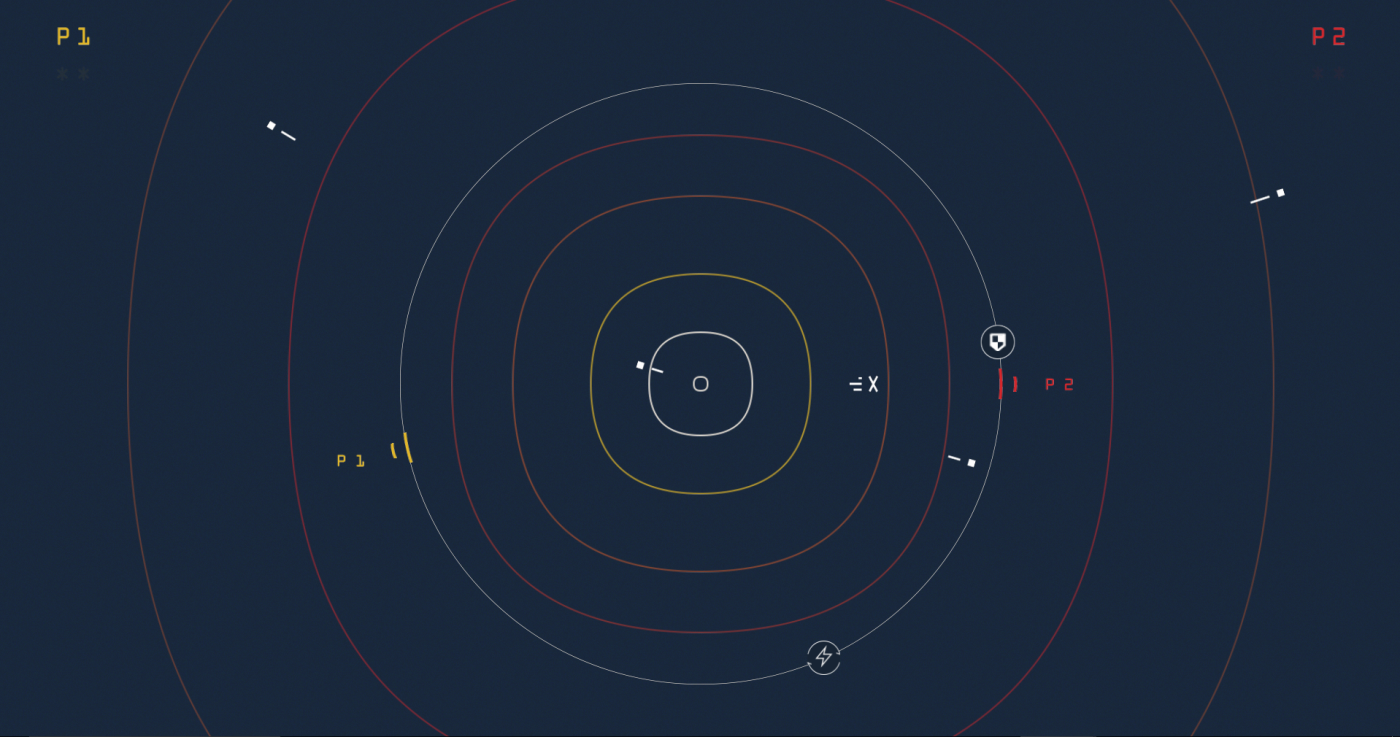